Measles infection wipes our immune system's memory, leaving us vulnerable to other diseases

Research explains why children often catch other infections after measles, and highlights the importance of vaccination

Scientists have shown how measles causes long-term damage to the immune system, leaving people vulnerable to other infections. Researchers from the Wellcome Sanger Institute, University of Amsterdam and their collaborators revealed that the measles virus deletes part of the immune system’s memory, removing previously existing immunity to other infections, in both humans and ferrets. Importantly, the team showed for the first time that measles resets the human immune system back to an immature baby-like state with only limited ability to respond to new infections.

Reported in Science Immunology (31 October), the study explains why children often catch other infectious diseases after measles, and highlights the importance of vaccination against measles. The research has great implications for public health, as falling vaccination rates are resulting in rising cases of measles, which could also cause an increase in cases of other dangerous infections such as flu, diphtheria or tuberculosis, even in people who were previously immune.

The measles virus causes coughing, rashes and fever, and can lead to potentially fatal complications including pneumonia and encephalitis – inflammation of the brain. Measles leads to more than 100,000 deaths per year worldwide in unvaccinated communities*.

A highly effective measles vaccine was introduced into the UK in the late 1960s and in 2017 measles had been completely eliminated from the UK. However, measles is highly contagious and measles cases are rising again** as the UK vaccination rate has dropped below the required level of 95 per cent of the population. This has led to the UK losing its World Health Organisation (WHO) measles elimination status recently.

It is known that measles weakens the immune system***, even after the initial infection has cleared, but it has not been known how. During a measles infection, people have fewer white blood cells, which protect the body against disease, and this is seen in the clinic as a low white blood cell count. However, after a few weeks, the patient’s white blood cell count goes back up to previous levels and they have recovered from the measles, yet they are still much more susceptible to other infectious diseases.

To find out what measles does to the immune system, researchers looked at a group of non-vaccinated people**** in the Netherlands. Blood samples were first taken from healthy volunteers from this community, who were followed-up for repeat sampling after a measles outbreak in 2013.

The researchers sequenced antibody genes from 26 children, before and 40-50 days after their measles infection. The team discovered that specific immune memory cells that had been built up against other diseases, and were present before the measles virus infection, had disappeared from the children’s blood. This would leave them vulnerable against infectious diseases they had previously been immune to.

“This study is a direct demonstration in humans of ‘immunological amnesia’, where the immune system forgets how to respond to infections encountered before. We show that measles directly causes the loss of protection to other infectious diseases.”

Researchers then tested this ‘immunological amnesia’ directly in ferrets, showing that infection with a measles-like virus reduced the level of flu antibodies in ferrets that had been previously vaccinated against flu. These ferrets also had worse flu symptoms when infected with flu virus after the measles-like infection.

“We showed that measles-like viruses can delete pre-existing flu immune memory from ferrets. Even after the ferrets had been successfully vaccinated against flu, the measles-like virus reduced levels of flu antibodies resulting in the animals becoming susceptible to flu infection again and experiencing more severe flu-like symptoms. This shows that measles could reverse the effects of vaccination against other infectious diseases.”

Professor Paul Kellam An author on the paper from Imperial College London, and previously from the Wellcome Sanger Institute

The researchers also discovered that the measles virus resets the immune system to an immature state that can only make a limited repertoire of antibodies against disease. This means that measles makes it difficult for the immune system to respond to any new infections, increasing the risk of secondary diseases.

“For the first time we see that measles resets the immune system and it becomes more baby-like, limiting how well it can respond to new infections. In some children the effect is so strong it is similar to being given powerful immunosuppressive drugs. Our study has huge implications for vaccination and public health as we show that not only does measles vaccination protect people from measles, but also protects from other infectious diseases.”

The study reveals that it is extremely important that everyone who can be vaccinated, is vaccinated, to prevent the resurgence of measles and other diseases that we have developed immunity to in childhood or for which we vaccinate.

After measles, some children still show signs of immune suppression for up to five years although they appear healthy when their white blood cell counts are measured. This study shows how genetic techniques can reveal new mechanisms of disease that are undetectable using routine clinical tests, and that further research is needed to understand the full effects of measles.

“Measles is highly contagious and its potentially devastating consequences are well known. This study finds that measles also has the potential to weaken our body’s existing immune response to other diseases, leaving us vulnerable to infections. These findings further strengthen the vital role the MMR vaccine plays in public health and protecting us from deadly disease.

“It is yet another reminder of how important vaccines are as a vital resource in eliminating infectious disease.”

** http://vk.ovg.ox.ac.uk/measles Over the last twenty years vaccination has dramatically reduced the number of deaths from measles. Since 1990 (when measles killed 872,000 people), it is estimated that over one in 5 of all child deaths averted have been due to measles vaccination. Since a measles vaccine was introduced in the UK in 1968, Public Health England estimates that 20 million measles cases and 4,500 deaths have been averted in the UK.

**** Cohort of non-vaccinating Orthodox Protestant community from three schools in the Netherlands. The clinical study and initial results are described in:  B. M. Laksono et al, Studies into the mechanism of measles-associated immune suppression during a measles outbreak in the Netherlands. Nature Communications. DOI: 10.1038/s41467-018-07515-0

Further information on measles and the MMR vaccine:

For more information on measles: https://www.nhs.uk/conditions/measles/

This study was supported by the Indonesian Endowment Fund for Education (LPDP), Wellcome (206194), the German Centre for Infection Research (DZIF-TTU Emerging Infections), the Collaborative Research Centre (SFB 1021) of the German Research Foundation (DFG), the German Ministry of Health and the Royal Society. 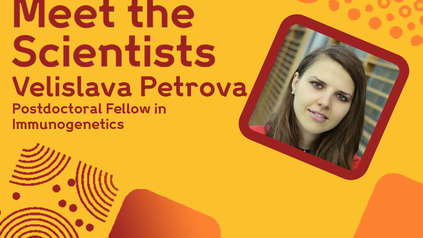 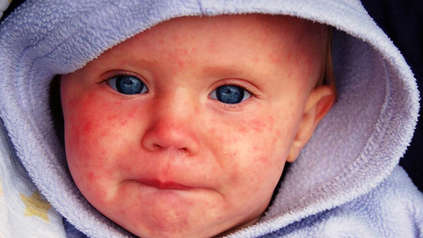 Smallpox has been stamped out and various other diseases are declining, thanks to vaccination. But not all diseases have vaccines yet – ...