News Article by the Communications Team 11 May 2022

Researchers have traced the cause of increased numbers of mutations in children to a higher rate of random mutations in sperm cells of the biological father, associated with rare genetic defects in DNA repair or chemotherapy.

Some rare cases of higher genetic mutation rates in children, known as hypermutation, could be linked to the father receiving certain chemotherapy treatments, new research has found.

Scientists from the Wellcome Sanger Institute and their collaborators analysed over 20,000 families’ genetic information and identified 12 children with between two to seven times more mutations than the general population. The team linked the majority of these to increased mutations in the sperm of the biological father.

The research, published today (11 May 2022) in Nature, shows that just under half of these fathers had been treated with certain types of chemotherapy earlier in life, which could be linked to the increased number of mutations in their sperm cells.

While these cases of hypermutation in children are rare, and in the vast majority of children will not lead to genetic disorders, hypermutation will increase the risk of a child having a rare genetic disorder. It is important to investigate this further due to the implications it has for patients who receive chemotherapy and want to have children in the future.

If further research confirms an impact of chemotherapy, patients could be offered the opportunity to freeze their sperm before treatment.

Genomes are copied with a very low error rate when they are passed from one generation to the next. Nevertheless, as the human genome contains three billion letters, random mutations in the sperm and the egg are inevitable and pass from the parent to the child. This means that typically every child has around 60 to 70 new mutations that their biological parents don’t have. These mutations are responsible for genetic variation along with many genetic diseases. Around 75 per cent of these random mutations come from the father1.

Most genetic disorders only occur when both copies of an important gene are damaged, resulting in what is known as a recessive disease. If only one copy is damaged, for example, by a new mutation, the remaining functioning copy of the gene will be able to prevent disease. However, a minority of genetic disorders, known as dominant disorders, occur when only one copy of a gene is damaged. It is these dominant disorders that can be caused by a single, random mutation.

In new research, from the Wellcome Sanger Institute and collaborators, scientists used genetic data and family health histories from existing databases to identify children that had unusually high mutation rates, between two and seven times higher than average, to investigate where these might have originated from. The team analysed data from over 20,000 UK families with children with suspected genetic conditions participating in the Deciphering Developmental Disorders and 100,000 Genomes projects.

This study exemplifies the value of linking nationwide genetic data and routine clinical records in secure, anonymised and trustworthy ways to provide unique insights into unanticipated, but important, questions. Through the efforts of Health Data Research UK and its partners, these kinds of responsible analyses of potential clinical relevance will be easier to perform in the future.

While chemotherapy is one of the most effective treatments for cancer, it is widely recognised that it can have disruptive and debilitating side effects. Clinicians take these into account when prescribing this treatment.

If these types of chemotherapy were shown to impact sperm in some patients, this could have clinical implications on treatment plans and family planning. Further research is required to investigate this at a deeper level before changing treatment for cancer in men. It is currently unclear why these types of chemotherapies seem to impact the sperm more than the egg cells.

“Hypermutation in children, where they have between two and seven times more random mutations than the general population, is rare and therefore cannot be caused by common carcinogens or exposures. Our research analyses over 20,000 families and highlights new causes of these mutations, linking them back to germline mutations in the father’s sperm as well as identifying a new mutational signature. Understanding the impact of these germline mutations in the sperm could help us uncover why some people are more likely to have children with these high rates of random mutations, and help protect against these if they cause disease.”

“Hypermutation in children is an uncommon but important phenomenon that increases the risk of life-altering genetic diseases. By bringing together genetic data at scale, and linking this with routine clinical data like the hospital records of parents, the team has identified new risk factors that may influence future healthcare decisions. This work elegantly demonstrates how work in Health Data Research UK’s Understanding the Causes of Disease Programme is helping to link nationwide genetic data and clinical records in secure, anonymised and trustworthy ways that provide unique insights into unanticipated, but important questions.”

“These findings were only possible due to access to whole genomes and linked health record data on the family members from the 100,000 Genomes Project. These findings could really help people with cancer consider family planning.”

“Chemotherapy is an incredibly effective treatment for many cancers, but unfortunately it can have some damaging side effects. Our research found a plausible link between two types of chemotherapy and their impact on sperm in a very small number of men. These results require further systematic studies to see if there is a causal link between chemotherapy and sperm mutations, and if there is a way of identifying individuals at risk prior to treatment so they could take family planning measures, such as freezing their sperm prior to treatment. I would also like to thank the families that donated their genetic and health information to make this research possible.”

This research was funded in part by Wellcome and supported by Health Data Research UK. The full funding details can be found on the paper. 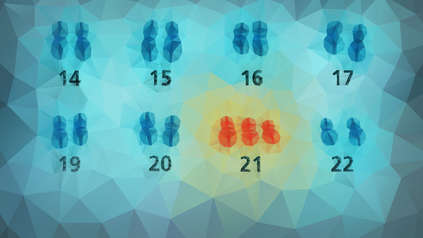 What types of mutation are there?

There are lots of different mutations that can occur in our DNA. 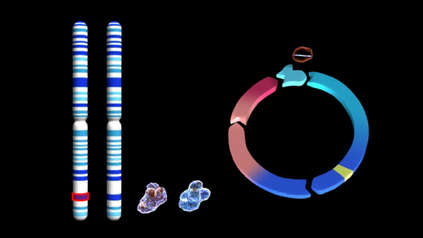 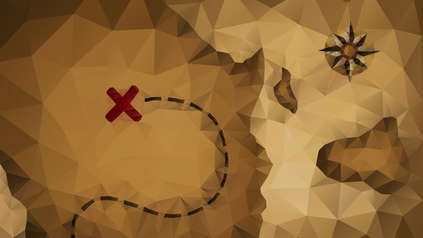 How do you map a genome?

Genome mapping is used to identify and record the location of genes and the distances between genes on a chromosome. Genome ...