The Hidden Lives exhibition offers an exciting insight into the lives and origins of our East Anglian ancestors, greatly enriched from the insight afforded through genomic technology.

Hidden Lives: a story of discovery, the latest exhibition at the Wellcome Genome Campus in Hinxton opens this week (Monday 12 June 2017). Combining archaeology with cutting-edge genomics research, the display unearths the secrets of some very early South Cambridgeshire residents.

Featuring 15,000 year-old archaeological artefacts, including human skeletal remains, this exhibition explores the hidden lives of our ancestors, and shows how DNA analysis can be used to help us better understand our past as well as more about ourselves.

On display will be the remains of the some of the individuals excavated at the Wellcome Genome Campus over the last 25 years by Oxford Archaeology East. These are displayed alongside artefacts that help us understand what sort of lives people led on the banks of the River Cam thousands of years ago.

The earliest objects excavated at the Campus are a hoard of 5,000 flint ‘long blades’, which date from a time when our ancestors were tribes of hunter-gatherers. The exhibition charts the passage of thousands of years from these flint tools to the time of settled Anglo-Saxon inhabitants, who farmed this fertile land and produced textiles. We can glimpse their lives through the fragments of their weaving tools. But decorated gaming counters show us that life wasn’t all work and no play.

In 2015 Campus scientists used state-of-the-art technologies to sequence the genomes (reading the unique genetic code carried by all living things) of five of the skeletons excavated at the Campus, along with five other remains from nearby sites in Linton and Oakington in Cambridgeshire. They compared the DNA of these 10 Iron Age and Anglo-Saxon individuals, to hundreds of modern-day samples, and were able to show that the population of the East of England today derives about a third of its ancestry from the Anglo-Saxons.

“Studying ancient human genomes is transforming our ability to understand the past. As a scientist working at one of the world’s leading genomics institutes, it was fascinating to be able to use our science to analyse the whole genomes of people that lived on the same site several hundreds of years ago. This rich genetic information revealed much about their ancestry but it also enabled us to know more about these people than we would ever know from their bones alone.”

Michal Szpak A researcher at the Wellcome Trust Sanger Institute

Researchers also found that the Anglo-Saxon individuals were closely related to modern-day Dutch and Danish people, whereas the Iron Age inhabitants shared ancestry more broadly across Northern Europe, including Britain. This finding suggests that these individuals had direct ancestors originating from these regions of Europe. The research is helping to piece together how people moved around in this period in history, as well as how they mixed, which has been a difficult question to answer from the archaeological evidence alone.

“Our genetic code can reveal much about what makes us, us, and Wellcome Genome Campus researchers are using this information, not just to explore the ancestry of these inhabitants but also to reveal what these people may have looked like, helping us to put the flesh back on their bones.”

The exhibition is located in the Cultural Zone within the Wellcome Genome Campus Conference Centre. It is free to visit and open on the third Saturday of every month between June and December 2017. Exhibition Curator, Becky Gilmore, will be giving talks at these monthly Opens Saturdays, and tours of the Campus will be available to visitors.

Hidden Lives will be on display at the Wellcome Genome Campus from Friday 16th June until December 2017. Book now to visit during an ‘Open Saturday’: bit.ly/hidden-lives

Ancient genomes reveal that the English are one third Anglo-Saxon 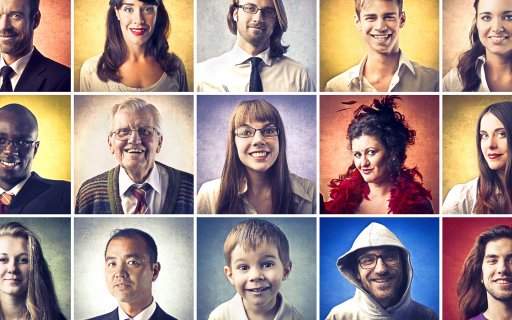 4,000 years of contact, conflict and cultural change had little genetic impact on Near East

The data reports, published by the COVID-19 Genomics UK Consortium (COG-UK), show the value in mapping COVID-19 lineages across the UK ...