High-throughput sequencing has opened up a new chapter in the study of molecular evolution and genetics by allowing deep sequencing of whole populations of organisms and cells.

We are in a unique position to study in detail how genetic composition of populations change as they respond to external pressures such as drug therapies. We can ask: What is the role of genetics in a person's susceptibility to develop a cancer, or another potentially fatal disease? Are the observed differences between individuals mostly a result of neutral evolution or do they bear a fitness advantage? These questions are not only interesting for understanding evolution but can also make a fundamental contribution to biomedical applications. The promise of personalised medicine will critically depend on finding and understanding molecular disease phenotypes and on developing algorithms to help bring actionable insights to clinics.

However, data alone will not solve the problem of resistance. The development of cancer or the spread of infection within a host's cell population are dynamic processes. Similarly, therapeutic interventions against them will cause time-dependent responses.

Therefore, new evolutionary-theory based computational methods and ideas are needed to analyse these data. These methods can help to characterise the emergence of drug resistance in model systems and to design experiments that ultimately lead to novel approaches in combating resistance.

Our group contributed to this effort by developing scalable methods for biomedical applications of data. We further used these data to address basic biological research questions such as how drug resistance arises.

New sequencing technologies enable high-resolution monitoring of evolving populations. However, the reads generated using so-called second generation sequencing platforms need a substantial informatics effort before they can be used. Multiple groups at Sanger are contributing to this effort so that other investigators can focus on downstream analyses, for example functional interpretation of the sequence variation and adaptive dynamics.

Individual cells within a cancer cell population share ancestry – a fact which can readily be observed from correlations between their genomic sequences. Elucidating the tempo and mode changing these correlations is central to better understand the development cancer.

For example, it has recently become clear that individual tumours can contain multiple competing lineages, so called subclones with private and shared mutations, related by their joint evolutionary history going back to the most recent common ancestor. Such heterogeneity poses an obvious challenge to cancer therapies. There is evidence that it can underpin the emergence of resistance and so adversely affects treatment outcomes. Therefore, the ability to track subclonal dynamics and changes in clonal composition can inform therapy. The challenge is that it is still not possible to sequence individual cells routinely to capture the full information about their genotype. Instead, short-read sequencing of cell populations will be the main technology for cancer genomics in the near future. This means that one needs to use computational methods to reconstruct the subclonal lineages from mixed sequence samples, see Figure 1. We have developed an algorithm, cloneHD, for this reconstruction problem. In the near future we will be analysing larger cancer sample sets to map their subclonal evolution. We can then start to find out systematically how therapies change the evolutionary dynamics. 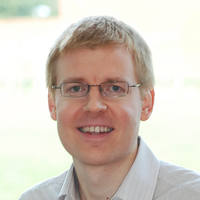