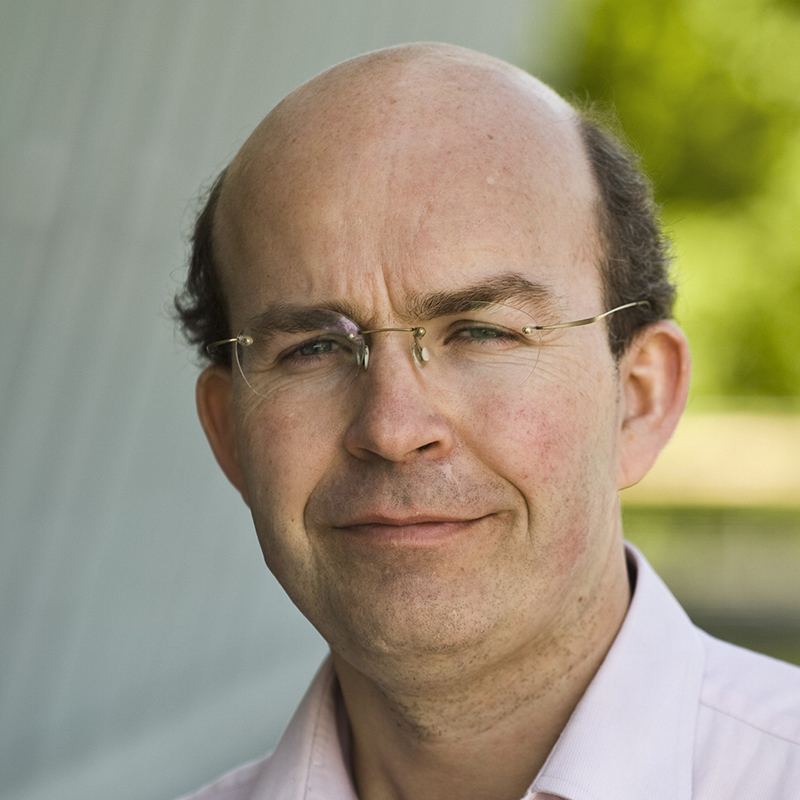 From 1996 to 2013, Professor Hubbard worked at the Sanger Institute, first on the Human Genome Project and then leading the Vertebrate Genome Analysis Project, which generates and presents core vertebrate genome annotation and maintains the reference genome sequences.

From 1996 to 2013, Professor Hubbard worked at the Sanger Institute, first on the Human Genome Project and then leading the Vertebrate Genome Analysis Project, which generates and presents core vertebrate genome annotation and maintains the reference genome sequences.
Tim graduated with a BA in Biochemistry from University of Cambridge in 1985 and a PhD in Protein Design from the Department of Crystallography, Birkbeck College, London in 1988.

Following a postdoctoral fellowship at the Protein Engineering Research Institute in Osaka under the EU scientific training program in Japan ( 1989-90 ) he returned to Cambridge becoming a Zeneca Fellow at the Medical Research Council ( MRC ) , Centre for Protein Engineering. In 1997 he joined the Wellcome Trust Sanger Institute to become Head of Human Genome Analysis. Tim was Head of Informatics from 2007 to 2013, when he was seconded part time as specialist advisor to NHS England, involved in delivering genomics for health programmes.

Before joining the Sanger Institute Tim worked mainly on protein folding, classification and design. In 1994 he co-founded SCOP ( the Structural Classification of Proteins database ) , thought to be the first biological database designed from the start to take advantage of the then new World Wide Web. He developed algorithms to make protein structure predictions and assess their accuracy and to calibrate the reliability of sequence alignment methods. He was one of the most successful participants in the first CASP ( Critical Assessment of Structure Prediction ) competition in 1994 and a co-organiser of subsequent CASP competitions ( CASP2-CASP7 ) until 2007.

At the Sanger Institute Tim was a member of the strategy group that organised the sequencing of the human genome as part of the international public consortium. During this time he built up groups to analyse and annotate the sequences of vertebrate genomes. In 1999 he developed an automatic annotation system and starting applying it in real time to sequence output of the human genome project. This evolved into the Ensembl project with Michele Clamp and Ewan Birney from the European Bioinformatics Institute ( EBI ) , which now provides annotation to more than 40 genomes. In parallel, the HAVANA group have carried out large scale manual annotation of human, mouse and zebrafish genomes. Since 2007 Tim has been the principal investigator of GENCODE, a scale up programme of the ENCODE project, which brings together HAVANA, Ensembl and seven external groups to generate the reference geneset for the human genome. He was also the Sanger Institute principal investigator of the Genome Reference Consortium, which is responsible for reference genome sequences of human, mouse and zebrafish.

Tim also ran a research group that used machine learning approaches to develop ab initio algorithms for vertebrate genome annotation such as large scale motif discovery. The group also developed components of bioinformatics infrastructure, including the popular biojava open source Java framework for processing biological data was ( started in the group in 1997 ) and components of the Distributed Annotation System ( DAS ) including the SPICE DAS client, the Dazzle DAS Server and the DAS registry.

Tim has served on many national and international advisory boards including the advisory council of the RIKEN Genome Science Centre, Japan as chairman ( 2005-2007 ) , the advisory board of ukPMC ( UK PubMedCentral ) as deputy chair ( 2007- ) , the E-Health Records Research Board of the UK Government Office for Strategic Coordination of Health Research ( OSCHR ) ( 2007-2009 ) which was the external reference group for NHS Research Capability Programme ( RCP ) and the Bioinformatics and Education, Engagement & Training Working Groups of the UK Department of Health Human Genomics Strategy Group ( HGSG ) ( 2010- ) setup in response to the 2009 House of Lords Science and Technology Committee Report on Genomic Medicine. In his private capacity he is also significantly involved in international policy discussions around innovation, intellectual property and public health.