The Score3D project is a part of Cancer Dependency Map (DepMap) International Collaboration between Wellcome Sanger Institute and BROAD Institute.

The Score 3D project is a spin-off from the initial CGaP CRISPR project, where 389 Cas9 expressing cancer cell lines were produced and subsequently whole genome CRISPR Cas9 screening was performed on 364 of these lines.  The CRISPR project was very successful in terms of pipeline efficiency, the number of lines screened and quality of the data produced from the screens.  All of the results from the CRISPR project are openly available and have been published in Nature earlier in 2019 (Behan F et al. (2019) Prioritization of cancer therapeutic targets using CRISPR-Cas9 screens. Nature, 568:511-516).

The Score 3D project began in August 2018 with a year long pilot phase.  Within this pilot phase, we aimed to produce at least 20 stably expressing Cas9 organoid lines (originating from colorectal and oesophageal cancers) and perform by whole genome CRISPR Cas9 screens on these lines.

Using Kosuke Yusa’s 2 step lentiviral system (Tzelepis K et al 2016); we aim to perform whole genome knock-out screens on established cancer cell lines and organoids.  Stably expressing Cas9 cancer cells lines and organoids are produced by lentiviral transduction.  Lines with a Cas9 activity of >75% are screened using a lentiviral delivered guideRNA library, which contains gRNAs against the majority of genes in the human genome.  gRNA library transduced Organoids are expanded for three weeks, in which time cancer cells expressing guides that target essential genes would die.  Cell pellets are sent for sequencing to compare the presence of guides in the starting library to those remaining at the end of the screening process.

All cancer organoids lines used in this project have been derived in house and are available from ATCC. 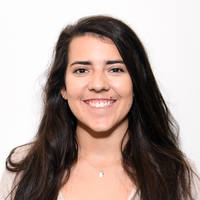