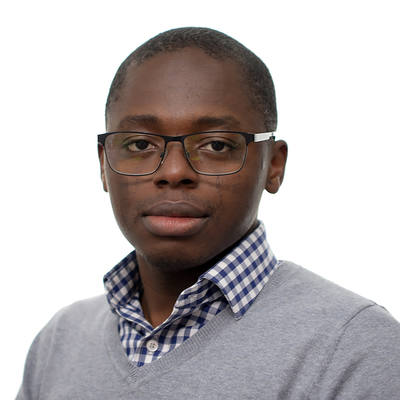 Joachim is a postdoctoral fellow at the Lawniczak's lab with interests ranging from understanding the genetics of invasive species including Bemisia tabaci and Anopheles funestus to identifying quantitative trait loci implicated in the response of wheat (Triticum aestivum) to infections from yellow rust (Puccinia striiformis).

Joachim studies Anopheles population genomics at Dr Mara Lawniczak’s lab at Sanger. He currently works on two main projects: ANOSPP and Af1000G. ANOSPP stands for Anopheles species and Plasmodium, and as part of the project a panel of 64 amplicons have been generated. The panels is now used to study the population of Anopheles species across the globe. His role in ANOSPP is to identify and classify Plasmodium infections in samples using two of the 64 amplicon panels. The two amplicons amplify sequences in the Plasmodium’s mitochondria. The Af1000G project uses WGS to study the population genomics of Funestus populations across sub-Saharan Africa. His current interest is in using genomics data to better understand insecticide resistance in Anopheles funestus.

Before joining Sanger, Joachim did his first Post-doc with Dr. Keith Gardner at NIAB where he worked on the Yellowhammer project. The yellowhammer project was focused on identifying novel quantitative trait loci implicated in wheat resistance to yellow rust, Puccinia striiformis. At NIAB, Joachim employed genome wide association studies (GWAS) and gene mapping techniques to identify crucial QTLs that were useful to the North European breeding companies for adapting to the challenges posed by incursions of new variants of yellow rust.

For his PhD, Joachim worked at Prof John Colvin’s lab at the Natural Resources Institute, University of Greenwich. There he studied the invasive, plant virus vector, Bemisia tabaci. B. tabaci are a group of morphologically indistinguishable cryptic species that are of significant economic importance especially across sub-saharan Africa where they are involved in transmitting the cassava mosaic and cassava brown streak viruses. These viruses cause substantial economic damage for small holder farmers across the region. Joachim’s PhD focused on using epidemiology, species concept and genomics to generate as much background knowledge about some sub-saharan populations of B. tabaci.

Are you doing HMW DNA extractions? If so, please help @EBPgenome by filling in the relevant survey. If you add your email address, you will be eligible for winning a Tree of Life Hoodie like the one featured here! Surveys here: http://tinyurl.com/EBP-HMW-DNA -- Please Retweet!

Group photo of @MosquitoMeeting strategically shot to casually show off the view from our poster area... 😏

Now off to the poster session!