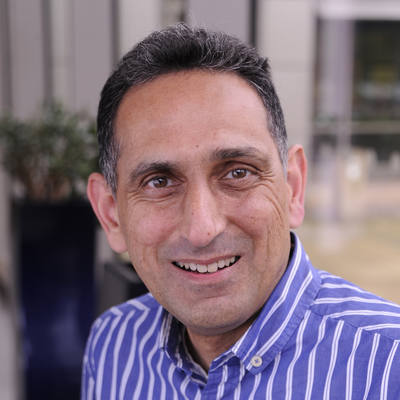 I have been working with the Human Evolution Team at the Wellcome Trust Sanger Institute, Hinxton, United Kingdom, since 2008. My research focuses on the analyses of DNA variation in human and primate genomes in order to understand how humans adapted to local diets, environments and pathogens as they established themselves in different parts of the world. I developed a method that can be used to universally test for positive selection and adaptation signals in different gene sets and populations using whole-genome sequencing data. I continue to maintain my interest in human Y chromosomal variation and South Asian population genomics in health and disease.

I graduated from the Khyber Medical College, Peshawar, Pakistan and obtained my Ph.D. from the University of North Texas, Denton, Texas in 1992 on a Thomas Jefferson Fellowship. Back in Pakistan I joined the Biomedical and Genetic Engineering Laboratories that became the focal point for the Human Genome Diversity Project’s South Asian sample collection. Over the last decade I have analyzed DNA variation in ethnic and linguistic groups from Pakistan, with a particular emphasis on Y chromosomal variation, in order to understand their genetic origins and relatedness with world populations. In 2006 I was awarded the President of Pakistan’s Medal of Excellence for contributions to science.