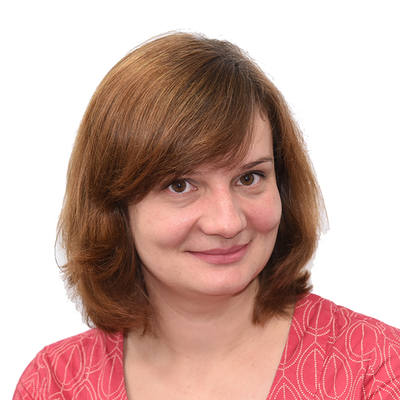 Monica uses computational methods to analyse a wide range of problems in life sciences. During her PhD, she implemented agent based models, which helped understand the ecological roles of toxin production in two species of bacteria: Streptococcus pneumoniae and Streptomycetes. In her first postdoc role at the Wellcome Trust Sanger Institute, she worked on the Mouse Genomes Project, where she looked at alternative splicing, helped identify strain-specific transcript isoforms and performed differential gene expression analyses. In her current role at Centre for Genomic Pathogen Surveillance, Monica uses both phenotypic and genotypic information of large Staphylococcus aureus collections to train models that predict temporal and spatial spread of antimicrobial resistance genes.

I have started learning programming at the age of 14, and I have continuously improved my software development skills through high school and my BSc in Computer Science. Right after the completion of my BSc degree, I joined Microsoft Copenhagen as a software engineer, but while working there I realised that I actually wanted to continue my studies and become a research scientist. Thus, I have invested my savings in paying the tuition fee for my MSc in Advanced Computational Methods at University of Leicester.

In 2010, I was awarded a BBSRC scholarship to pursue a PhD in Systems Biology at the University of Manchester, where I studied the mechanisms that maintain and promote microbial coexistence, with a particular focus on the role of secreted antimicrobial compounds like bacteriocins and antibiotics. My PhD integrated phenotypic and genotypic data from two bacterial groups (Streptococccus pneumoniae and wild isolates of Streptomyces) with spatial agent based models in order to explore conditions of coexistence and the evolution of microbial antagonism. Both of these studies entailed wet lab experimental components and significant computational aspects.

Starting from June 2015 until December 2016, I was a Postdoctoral Fellow in Bioinformatics working on the Mouse Genomes Project (MGP), in Dr. Thomas Keane’s group at the Wellcome Sanger Institute. The purpose of the MGP was to generate reference genomes and annotations for 16 strains of domestic and wild derived mice. One of my tasks was to test the preliminary genome annotations, using as test data cDNA PacBio reads and matching short RNA-Seq reads coming from two tissues of three of the wild-derived strains. Furthermore, I have used the data to investigate alternative splicing, to identify new mouse transcript isoforms and to investigate differential gene expression.

In my current position at the Centre for Genomic Pathogen Surveillance at Imperial College London and Sanger Institute, I am focusing on antimicrobial resistance in Staphylococcus aureus, based on two structured surveys performed across 25 countries in Europe, 5 years apart. Based on this data, I am making models to predict future outbreaks and to determine best sampling methods to inform future pathogen surveillance projects.